Paltrinieri is a family-run winery that cultivates and vinifies the grapes of 17 hectares of vineyards located at Cristo of Sorbara. A part of the vineyards is organic, while the remaining is implemented integrated control, without weeding and with inter-row work. In accordance with the denomination Sorbara Doc, one third of the vines is Lambrusco Salamino, the variety that helps the pollination of the Sorbara by limiting the phenomenon of millerandage. Alberto Paltrinieri, born in 1969, is the owner of Paltrinieri Sorbara. After graduating in Agriculture in Bologna, he decided to continue the activity that his father Gianfranco and mother Pierina had been leading for almost 40 years, handed down by his grandfather Achille, founder of the winery in 1926. Since ’98 together with his wife Barbara he has given life to a new vision of Sorbara, no longer intended only as a blend (Sorbara 60% and Salamino 40% in compliance with the percentage of the denomination) but as a pure Sorbara, rose- colored and definitely dry. A tough gamble in decidedly difficult times, but now recognised and appreciated all over the world. 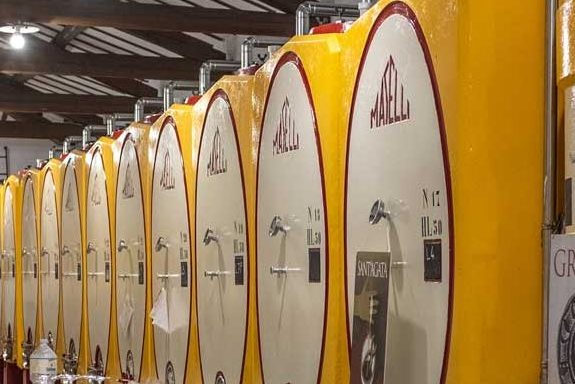